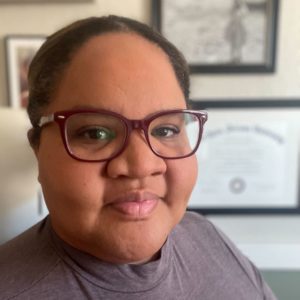 It’s July, which for many educators and families, means thinking of the next school year ahead. In my household, it means a lot of conversations about kindergarten transitions plans, since my daughter is starting kindergarten in just one month.

When I think about what I want in a kindergarten experience for my daughter, it’s the same as always—a teacher who cares for her; who will nurture her shy and observant ways of being in the world; who will encourage her to use her small, quiet voice to say big things; and who encourages her to joyously investigate all the things she’s curious about.

At the end of the day, I want a kindergarten transition plan and experience that provides the social–emotional support my daughter needs.

To create successful kindergarten transition plans, it is essential for communities to have written plans—centered on the social–emotional needs of children and robust enough to ensure smooth transitions from preschool or home to kindergarten—that can be followed by everyone involved. I like to compare these written plans to the batons used in relay races.

In three successive Olympic games—2000, 2004, 2008—the USA women’s 4×100 relay team was made up of the fastest individual runners and was favored to win the team relay race. Yet, in those three games, the team did not win. Why not? Well, despite being a team of some of the fastest runners in the world, each loss was attributed to a poor exchange of the baton between runners. Now, when I share this story it usually sparks conversations about the parallels between the act of the handoff of the baton and the kindergarten transition process. While that’s certainly part of this analogy, I don’t think enough focus is put on the baton itself.

The baton used in the Olympic games is not a large detail in the grand scheme of things, but learning to handle it well—knowing what to do with it when it is in hand, learning how to set it up for the next runner–is an essential skill that can make or break a lifetime achievement. The same is true of the written kindergarten transition plan for a school’s early learning community.

What do you want for Makena from her kindergarten experience?

My original response to this question, shared above, was crafted and considered before we went through 8 weeks of remote learning to end the school year, 6 weeks of a modified, in-person camp (limited to 5 children) for the summer, and endless hours of thinking about an uncertain return to school. However, if asked again today, I would say all the same things I said before. Even in light of COVID-19, I want my daughter’s transition to kindergarten to be focused on what she needs for schooling to be a good experience for her. For that to be true for her and all the other children entering kindergarten in these unusual times, programs need written kindergarten transition plans designed for successful handoffs. The Getting Ready for Kindergarten Teaching Guide offers a collection of daily plans that lead you through the process of preparing children for kindergarten, with a particular focus on school readiness.

Category
See All
Welcome.
Sign in to your platform below.
MyTeachingStrategies
Tadpoles
ReadyRosie
Contact Us
Please indicate the nature of your inquiry below so we can best serve you.
Sales Inquiries
Product Support