Skip to main navigation Skip to content
Have extra end of the year funds? Explore the collection we made just for you! Shop Now
Teaching Strategies
Uncategorized 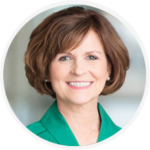 Recently I was reminded of my late father, a man who spent his entire career working in heavy construction. Before he oversaw the building of tunnels, bridges, dams, and highways, however, he worked as a carpenter. Every summer when I was a teacher, he would return to his carpenter roots and work with me to build something for my classroom—always measuring twice and cutting once and repeatedly, quietly, patiently pulling out all my crooked nails before expertly hammering them back in.

I can’t pretend to know a lot about construction projects big or small, but what I do know, I learned from my dad. For example, he used to say that “a good grader is worth his weight in gold.” A grader on a construction site is the person who makes certain the site is level, that obstacles are removed, and that the base is prepared before construction begins. When this job is done well, he would say, all the jobs that come after it are made easier. If not for my dad, I don’t think I would have ever even considered the importance of this role on a construction site.

As a classroom teacher, I used to joke with him that, in education, “grader” meant something entirely different: in my imagination, a no-nonsense schoolmarm surrounded by stacks of papers, diligently marking each one. A red pen was her tool of choice—not a bulldozer!

These days, I live near a busy, urban avenue that’s the home to mile after mile of commercial enterprises—offices, stores, restaurants, and apartment buildings. Despite the fact that this street was first laid many years ago (or perhaps because of it!) it is the site of frequent, large-scale construction projects, so reminders of my father are all around me.

When I walk up and down this busy street in either direction, it’s always a gentle climb or descent. I can only assume the original project involved the work of a “gold-worthy” grader, because just two blocks in, where the area is entirely residential, the street is far hillier.

It was walking through this residential area recently that reminded me specifically of my dad and his comment about “a good grader,” and it struck me that perhaps the correlation between construction projects and educational ones—and the role of the “grader” in each—is actually stronger than I had originally thought.

If we think of a “grader” in education as not merely someone who assigns scores but someone who makes sure that obstacles (to learning) are removed and that the site is leveled (by making sure that all children have the tools and resources they need to succeed), and carefully prepares a base for all the work to follow, then yes: a good grader in education is also worth his weight in gold.

I have long since passed along the homemade construction projects I built with my father to other teachers in other classrooms, but the memories of working with my dad in the backyard will be with me forever—as will all of his thoughtful lessons.